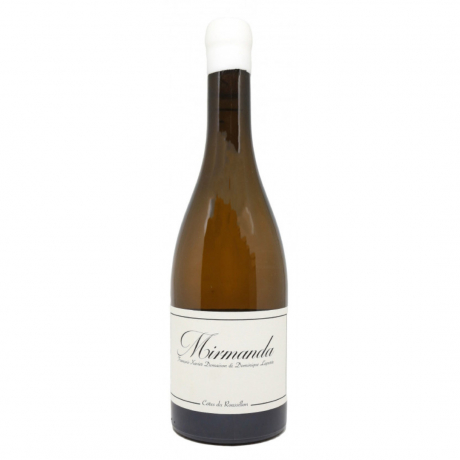 The estate is operated by two celebrities of their profession. On the one hand: François-Xavier Demaison, a figure of the French performing arts with about forty films to his credit. On the other: Dominique Laporte, Best French Craftsman in Sommellerie 2004. Located in Catalan soil, legend has it that in ancient times, a city named Mirmanda would have been the domain of the fairies. Invisible of the common mortals following a violent rise of the waters, this city would have been seen only by a few shepherds with pure hearts to whom the fairies would have offered protection, prosperity, happiness and love...

Mirmanda blanc asserts beautiful fruity notes, peach, apricot, white flowers as well as mineral touches brought by the limestone terroir. This gives a wide, complex and balanced set. It will go perfectly with flavours of the sea: tartare of langoustines, sole meunière & Saint-Jacques but also with ravioli with morels or a risotto with truffles.

Alcohol abuse is dangerous for health, to consume in moderation.